A (Retail) Sense of Place

Reflecting on the almost four and a half years of doing this blog, there appear to be two dominant themes. Not surprisingly for a Professor of Retail Studies, there has been a fair amount about retailing and the changing fortunes of the sector and some of its retailers. The second theme has been about town centres and place. And it is this latter one that seems to confuse a few people.

Why is a Professor of Retail Studies writing about town centres?

Occasionally this becomes more pointed; shouldn’t you be agitating for retailing as the saviour of the town centre and the high street?

A recent invitation to Sweden to present a keynote address at the University of Lund – held at their Helsingborg campus – allowed me to explain myself again; or at least try to! The theme of the meeting was “A Sense of Place” and involved academics and business people/town managers from a range of places and background.

Overall the themes of the conference focused on answering the questions: 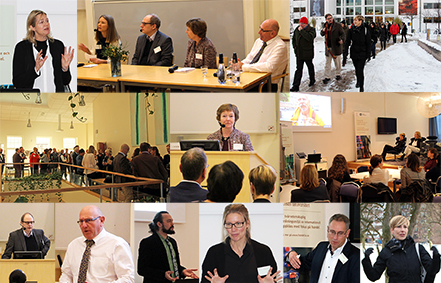 Perhaps typically I chose not to confront these questions head on, but rather structured what I wanted to say into four sections, which allowed me to try to explain myself and my towns and retail interests.

First, I pursued the theme of identity. Most people tend not to say they come from an out-of-town retail park or shopping centre, but instead name a place or town. Retail is a part of that identity as it helps identify the place. By using the idea and reality of Stirling I showed how its identity had changed over history.

Most recently that identity has been challenged by issues in the heart of the town. But this is not a crisis caused by retailing moving out of town as Stirling, like other places, has decentralised and removed other sectors from the town’s heart, causing people to have fewer reasons to visit.

Secondly I reviewed the changes in consumers and retailing that have driven a new structure for the sector. This is not a crisis of recession but one brought on by much larger structural changes. These are for the first time forcing retailers to adapt to our lifestyles rather than us having to adapt to the retailer.

My third section trod familiar ground in looking at the Fraser Review in Scotland and its governmental response. It is not perfect, but the focus on the town centre as a complex but holistic entity, rather than the overly narrow Portas emphasis (perhaps not her fault) or the high street, has reaped dividends in collective effort and hopefully future behaviours and practices.

Not all is rosy in this for retailing however. For some the focus on the town centre has seen retailing be pulled to the margin as though it does not matter. Retailing in town centres does matter and whilst a mono-functional centre is not a good thing, neither is a town centre that does not care about retailing as an important component part.

Finally I concluded by looking at the role of the town centre in the future and the need to make them positive choices for people. Whilst we are some way in Scotland from achieving this – and it has to be from the ground up with community and place managers being realistic over the assets and opportunities in their town – I do feel we are moving in the right direction.

The overheads from the presentation can be downloaded here.

More information on the Centre for Retail Research at Lund University can be found here and on the specific research group at Helsinborg, here.

1 Response to A (Retail) Sense of Place