One of the most enjoyable things about social media is the ease of connectivity to people, their work and interesting (well, to me) things.  It really is so much more simpler and easier than decades ago.

A good example of this is the fascinating and informative work of Lindsay Lennie (@historicshops) and Kathryn Morrison (@KA_Morrison) on historic shops and retail store design.  There are others as well (see the discussion of Burtons in previous posts and the recurring themes of ghostsigns), but from Lindsey and Kathryn I have been exposed to fascinating and informed discussion of retail and shop history.  I doubt whether this would have occurred quite like this pre-digital era.

That is how I came to learn about the Buttercup Dairy Company.  It was not a business that I was aware of, and it turns out to have an interesting story, including visually. The iconic image above must have come to my attention at some point in a discussion of tiles (probably from @historicshops) as it was familiar to me.  I think I also have a pre-pandemic notion of one of their shopfronts being recovered and restored this year (but see later). Given my interest in ghostsigns and design (though I am an amateur) and more recently, surviving Welsh dairies in London, something must have stuck in my mind about the style of this forgotten business.

But then in August, Kathryn Morrison produced her blog post on the Buttercup Dairy Company and summarised its fascinating, and in store terms, beautiful history.  It is an interesting retail story in its own right and her blog is well worth a visit and a read (I am not going to summarise the story here, so you might as well give her blog a visit). A tweet about visiting a good store survival (in design and tile terms) in Carnoustie added to the story.  Then I realised that Malcolm Fraser was the partner in the refurbishment of the Warrender Park Road, Edinburgh store (and its reveal of the historic fascia) for his new practice office (see @F_L_Architects).  The old and the new mixing together. His story on taking over the shop and uncovering more of the history has been reported here. He also kindly sent me the photograpahs of the shop front and his practice office and permitted their re-use below. 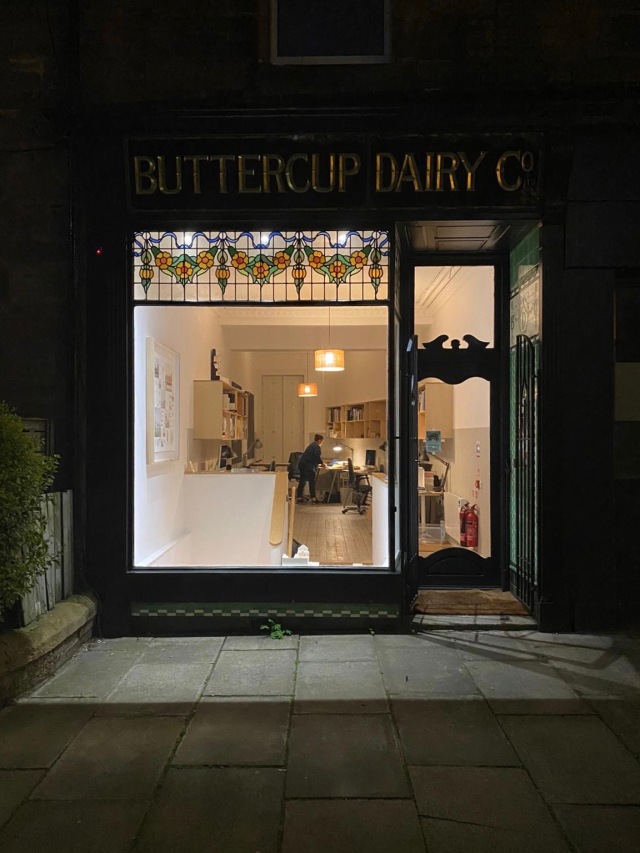 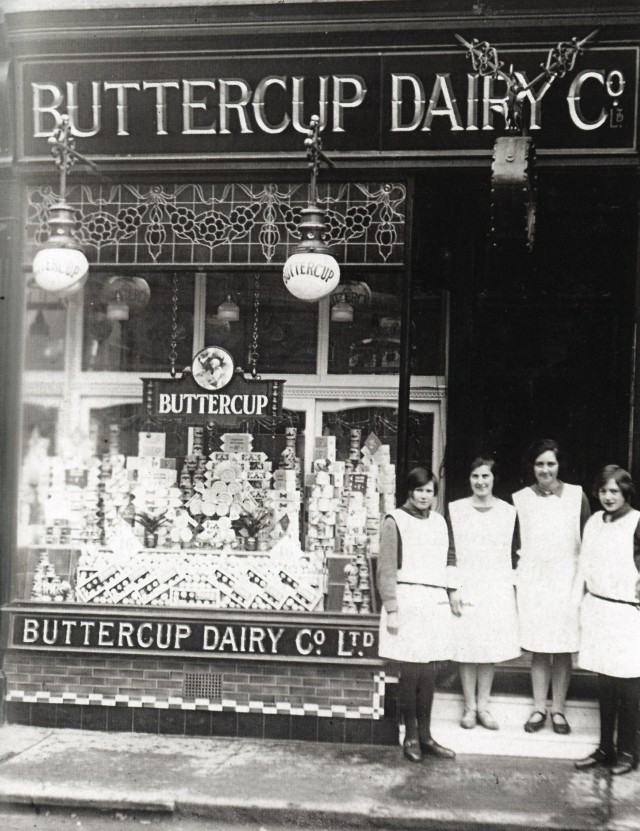 Kathryn Morrison’s blog also pointed to a book from a decade ago by Bill Scott, which I had missed at the time.  Getting a copy of this in this modern era was only a few clicks and a post office delivery away (if only there was a local bookshop) and more of the story was revealed.  There are good and bad parts to the history of the Buttercup Dairy Company but it has had a place in Scottish retailing and Scotland’s towns.  The fact that elements of the great design and tiling can still be seen is even nicer.  Others are better placed than I to reflect on the design, the style and the significance, but I have really enjoyed simply reading the story and seeing the images.  It has also made me want to visit some of the surviving examples (a list as at 2011 is in Bill Scott’s book). 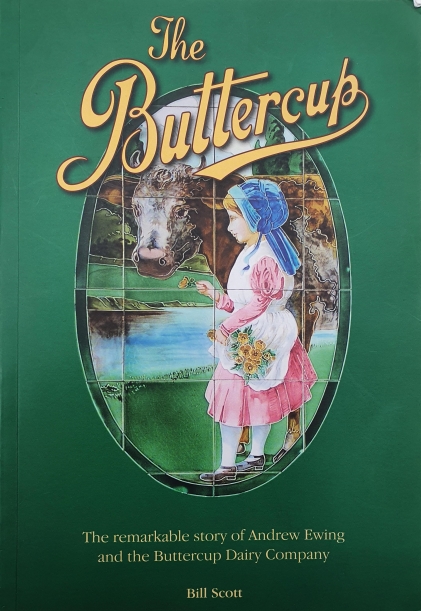 There was also a further part of the story.  As noted above, in this digital, lockdown era, tracking down a copy of Bill Scott’s book was easy.  A couple of clicks on AbeBooks and it was on its way to me.  As was an email.  The email told me the book was on its way.   But it also told me that the supplier was the on-line arm of Far From the Madding Crowd, Linlithgow, awarded the best independent bookshop in Scotland in 2017.  The email told me about the store (and invited me to visit), its events (real and digital) and its involvement in local festivals and so on.  It was simply a neat example of connecting with an online customer and linking services and the business to the bookshop, even in these times.   Rather different to the run-of-the-mill lack of engagement and communication of so many online businesses.