As I noted in my last post, I was based down in Wales for personal reasons for much of July. It did however allow me to return to Lampeter, the small West Walian town where I spent almost four years attempting to complete my PhD, automating a weather station and dodging lightning, and gaining a wife.

The occasion of the latest revisit – which are now less frequent due to family moves – was the annual Lampeter Food Festival, which has gained quite a degree of interest and reputation in recent years.

The food festival, based in the grounds of Lampeter University College, was both extensive and interesting, as well a being hugely popular and busy. Many of the stalls showcased local and organic products, though others did come from quite some distance. The quality and distinctiveness was high and my overall reaction was to marvel at (and sample) the breadth and quality.

The festival has a range of local sponsors, including Ty Nant the distinctive bottled water, and Lampeter is a member of the Transition Network through Transition Llambed. The festival has become a showcase for quality and local food, as well as some other crafts. The Festival did throw a light on the changing nature of the food supply system in areas such as Lampeter and the potential for rebasing some of our relationships with place and food.

This is quite something for a relatively small and remote rural place such as Lampeter, but perhaps is not that much of a surprise as even from my long-ago time there, there always seemed to be a powerful relationship to the land and its produce and the presence of alternative approaches – perhaps with hindsight some ahead of their time.

This situational dimension spills over from the annual food festival to the local town, as one might expect. Lampeter was never the best of retail high streets, but it was a typical small rural market town with a smattering of high quality retailing. Some of this has been lost (though not all) and there are now the ubiquitous vacancies and charity shops amongst the town centre. But, compared to 30 years ago, the town seemed to me to be in relatively rude retail health.

Since my time it has gained an in-town Sainsbury yet maintains some of its local character. What struck me was the increased diversity and the wider range of eating places – notably ethnic and variants of cafes – but also specialist retailers. My favorite local butcher remains, but my favourite local baker (my wife’s family business so I have to say that, but it was true, honest) has been replaced by a spirituality shop. 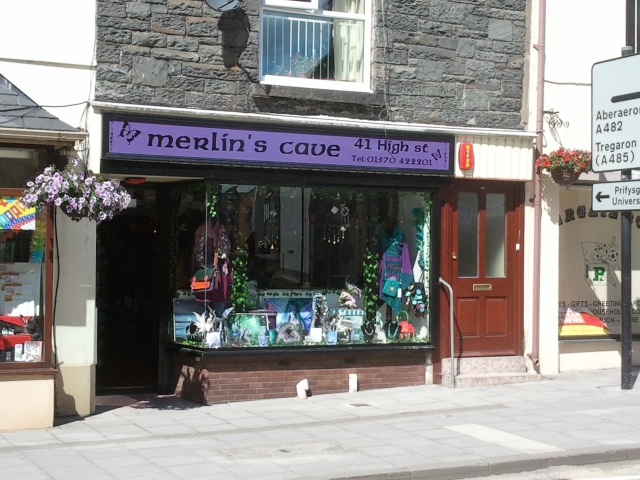 This “alternative” culture was always present in some form in Lampeter, but in food has now become more mainstream – its focus on local, organic and health now chime with our modern age.

We often decry the state of our high streets and our food culture, but renewing my acquaintance with Lampeter through its Food Festival did point to many positive things over this period of change and provided a real sense of a vibrant, local, grounded and valuable food production and retail sector, not only on the day of the Festival but more widely.

If there is a local Food Festival near you in what passes for summer this month, then make the effort and go along. There are many interesting and exciting producers out there doing great things with our local produce.

I am Professor of Retail Studies at the Institute for Retail Studies, University of Stirling, where I research and teach aspects of retailing and retail supply chains, alongside various colleagues. I am Chair of Scotland's Towns Partnership. I am also a Deputy Principal of the University, with responsibility for Education and Students.
View all posts by Leigh Sparks →
This entry was posted in Festivals, Food, Food Retailing, High Streets, organic, Retail Economy, Rural, Town Centres and tagged Festivals, Food, Food retailing, High Streets, Lampeter, Market Towns, Retail Change, Rural, Town Centres, Transition. Bookmark the permalink.