From the time I grew up in South Wales, one of the abiding memories was the market (both the livestock, but also the food and non-food markets). Bridgend’s market was quite large to my nostalgic eyes, located on a set-aside piece of special land.

When the land was sold off in the 1970s, to become a Mainstop superstore (they didn’t last long) an indoor market in a new development took over and remains to this day. Elsewhere in South Wales I recall, and still visit when I am down there, the excellent markets of Swansea and Cardiff, amongst many others. In their different ways these markets showcase the vibrant local and ethnic cultures of these cities, whether cockles and laverbread in Swansea or goat curry in Cardiff (and if you visit Cardiff Market then marvel at the fish stall on the way in).

Which leads me to my question of the day; why are there so few markets and market halls in Scotland?

On moving to Scotland I expected there would be a food market culture, but have seen little sign of it. Did it ever exist? And if it did (and the widespread Mercat Crosses hint that they did) then what happened? I have posed this question to many people and never had a satisfactory explanation. The weather? Well, try West Wales in the rain. The diet? Bad, but not to that degree surely compared to say other areas of the UK? The lack of fruit, veg, seafood and meat producers? Come on, Scotland has some of the best local produce around.

This question has reentered my mind again for a couple of reasons. The success of farm shops and farmers’ markets is one of the few bright spots in an otherwise bleak retail sector in Scotland. Hopefully they will continue to thrive over the summer – and here’s a plug for Stirling next one on the 9th June, right in the heart of the city. Other farmers markets are of course available – see the Scottish Association of Farmers’ Markets web site. 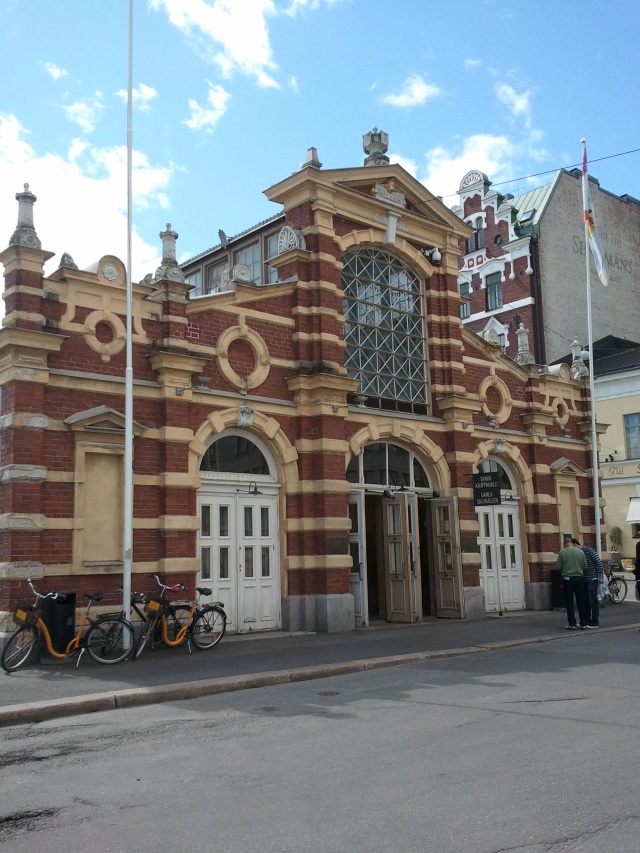 It is also topical as I am just back from Helsinki where I took a research visit to the downtown market. An old building (the 1880s), full of old and modern producers and an emphasis on Finnish and local food and produce. 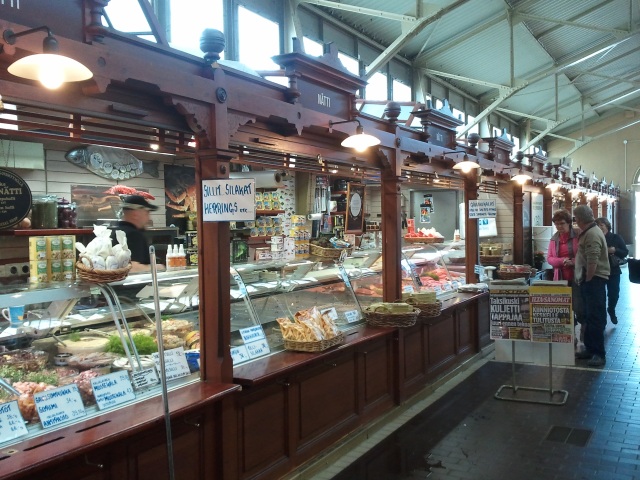 Maybe it had a fair share of tourists  – see also my comments recently about Pike Place in Seattle – but it was thriving at lunchtime and for me gave a feel of the food culture of the country. Some of this, as one of the photos below shows, may be more dangerous in the wrong hands than might be expected from a few mushrooms.

And maybe there’s my explanation for the decline of the Scottish market – a few plateful of false morels in the wrong hands. Well, it’s no worse than all the other reasons I have had.

If you know of good explanations for the lack of food markets in Scotland then please get in touch.

I am Professor of Retail Studies at the Institute for Retail Studies, University of Stirling, where I research and teach aspects of retailing and retail supply chains, alongside various colleagues. I am Chair of Scotland's Towns Partnership. I am also a Deputy Principal of the University, with responsibility for Education and Students.
View all posts by Leigh Sparks →
This entry was posted in Farmers Markets, Food, Heritage, Markets and tagged Food Culture, Food Markets, Helsinki, Market Halls, Mushrooms, Scotland. Bookmark the permalink.

3 Responses to On Market Day