Embracing Failure in the Shadow of Success

This post’s title is the sub-title from a book I recently read.  It concerns Mick Channon Jnr and his relationship with his father, who he describes as “an arthritic workaholic grumpy old bastard” and only grudgingly as an ex England footballer and successful horse racing trainer.  Now what’s that got to do with retailing?  Absolutely nothing of course, but it’s a good book, so more of it later.

I was intending to write about a couple of retail books I’ve recently read, but one of them, which needed special ordering, has not yet arrived and so I am left with Phil Hubbard’s The Battle for the High Street, the subtitle of which is retail gentrification, class and disgust. 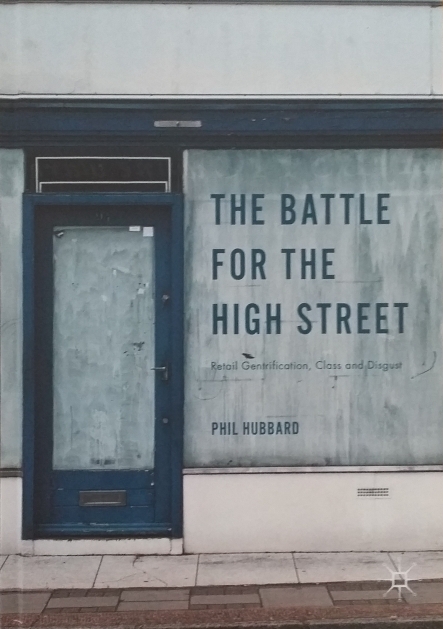 This is a book of these times perhaps, but reflects a sustained effort at understanding places and transitions. It is a very class oriented book providing a strong argument against retail gentrification and what the author sees as an attack on working class culture.  Counter pointing betting shops, fast food takeaways, discount stores and bargain booze outlets against boutiques, galleries, coffee shops and other middle class twee-ness he argues that the death or decline of the high street has been used as a cover for an all out class war on the working class and the things they need, value and the communities that they are part of.

The book is well worth a read and there is much in here that makes sense and with which I would agree, but at times it perhaps overstates the core proposition about high streets.  The high street is no longer associated enough with community these days, both in reality and in this text. It is undeniable that large swathes of the country have seen (and are seeing) a fundamental reshaping of town centres, and not by gentrification.  The problems are systemic and not derived from austerity alone, but rather arise from our overall behaviour and values over decades, allied to technology change,decentralisation of lots of different activities and access enhancements to different locations generally.

Which brings me back to  the Mick Channons.  The link is his quote ‘if you don’t like how things are, you can always xxxx off’ said by his father in a slightly different context.  Yet these words also in a way sum up Phil Hubbard’s book – except communities (especially working class ones) have not really been able to hold their position in the same way as Mick Channon Snr has.  The forces against them are too powerful and/or manipulative as is well, illustrated by the various threats to street and other markets across the country.

I don’t know how accurate Channon Jnr is about his relationship with Channon Snr, but the book ‘How’s your dad?’ is a great read with some very funny but also very poignant and thought provoking elements.  The relationship with a successful father and one who is well known can be tricky and claustrophobic for any son.

So that’s your holiday reading sorted; but don’t blame me if you’re offended by the swearing.